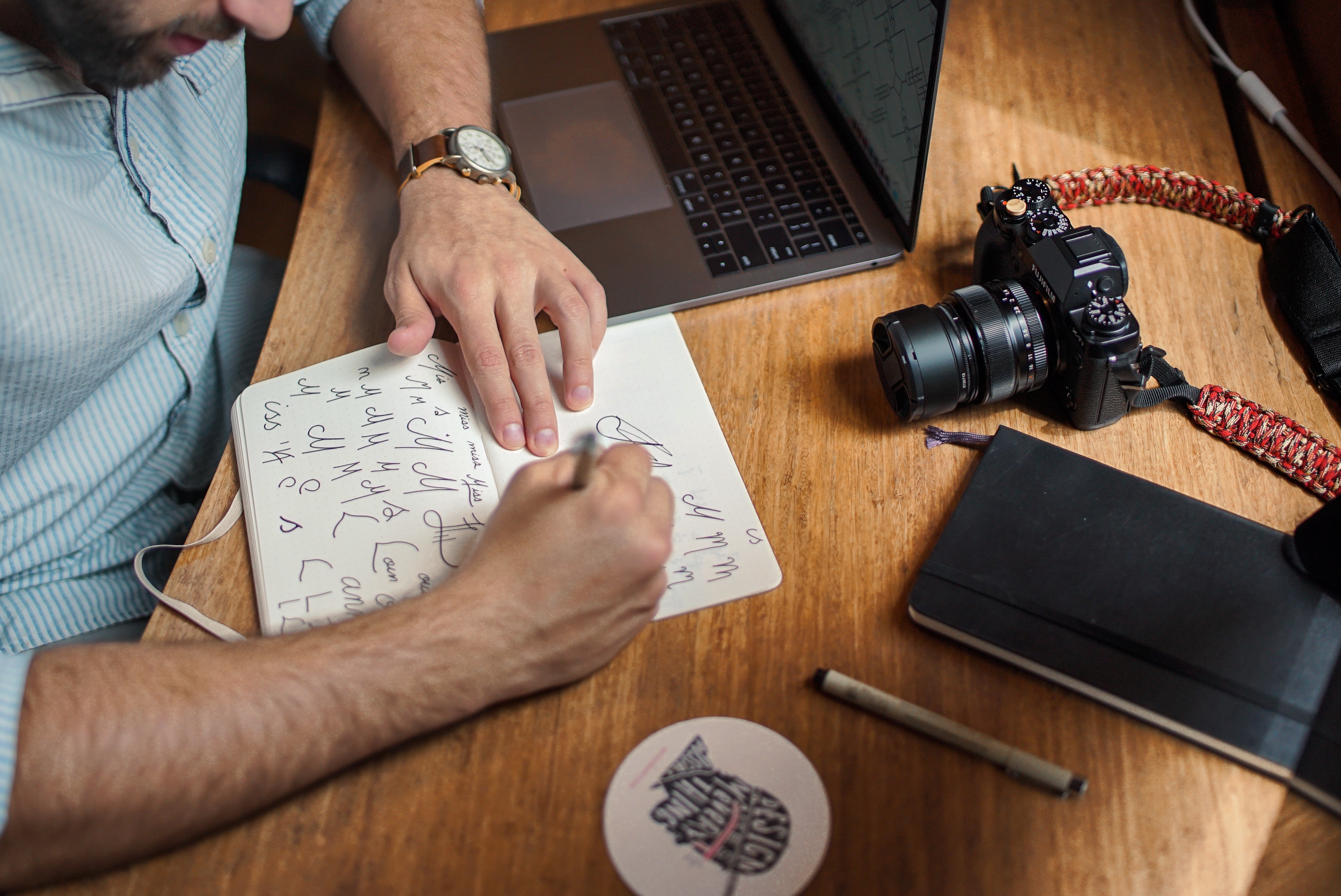 Charles “Chip” Kidd is a New York-based designer who is widely recognized for his book covers. In his case, the saying “don’t judge a book by its cover” does not apply, as he thinks that it’s the book cover’s job to lure readers into picking up the book and then, hopefully, buying it. Kidd reportedly designs as many as more than seventy book covers a year! His most notable work includes designing book covers for Crichton’s “Jurassic Park” (the drawing became the logo for the park in the movie, and it was featured on the movie poster, as well), Cooke’s “Daughters of the Revolution,” and Murakami’s “1Q84.”

Saville is one of the most famous English graphic designers who gained popularity for designing many record sleeves for Factory Records artists. Saville is perhaps best known for designing the iconic cover for Joy Division’s “Love Will Tear Us Apart” in 1980 and their last album, “Closer.” He achieved creative success at the turn of the century, as he continued working on record sleeve design, packages, and covers, and he was even responsible for the design for the English football team’s home shirt in 2010.

Glaser’s logo “I Love NY” designed in 1977 is as iconic as New York itself. It was commissioned to help promote tourism in the Big Apple, and Glaser reportedly came up with this legendary design during a taxi ride.  Glaser also designed the logo for DC Comics in the same year, which was in use until 2005. Some of his other notable works include logos for SEED, Brooklyn Brewery, Stony Brook University, the album poster for Dylan’s “Greatest Hits,” as well as the key art for the seventh season of AMC’s legendary TV series, “Mad Men.”

It’s safe to say that the majority of people have at some point come across a design by the legend that was Saul Bass. Need we say more than the “Kleenex” or “AT&T” logos? Bass was not only a world-renowned graphic designer responsible for logos, movie posters, and title sequences, but also a filmmaker who received the Oscar for “Why Man Creates,” best short documentary in 1968. Some of his most famous movie poster include those for “Vertigo,” “Psycho,” “Love in the Afternoon,” “Anatomy of a Murder,” and “The Man with the Golden Arm.”

Chermayeff and Geismar founded a branding and graphic design company in 1957 and produced some of the most recognizable and timeless logos that have been in use for decades. Their most prominent clients included NBC, Showtime, National Geographic, Xerox, Pan Am, Cornell University, PBS, MoMa, and Mobil Oil.